Manhattan condominium owner, victim of shoddy record-keeping at mortgage giant JPMorgan Chase, fights back and wins with the help of New You bankruptcy lawyer David B. Shaev.

New York, NY (PRWEB) March 4, 2010 — New York homeowners filing for bankruptcy are breathing a sigh of relief, knowing that the courts are on their side. In a scathing opinion issued recently by US. Bankruptcy Court Judge Martin Glenn, JPMorgan Chase Bank was effectively denied payment of their entire alleged mortgage claim because they refused to prove their ownership of the loan. The case is In re Minbatiwalla, Chapter 13 Case No. 09-15693 (MG) (Bankr.S.D.N.Y. 2009). 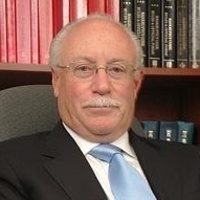 Kerman J. Minbatiwalla, a Manhattan homeowner, filed for Chapter 13 bankruptcy to repay his debts over time and save his East Side condominium. Though he was current on his mortgage at the time his case was filed, Minbatiwalla is the poster child for a system gone horrible wrong at the hands of shoddy record keeping at his mortgage company.

Minbatiwalla had two mortgages with various JPMorgan Chase entities. On filing of his bankruptcy, Chase Home Finance, LLC filed papers with the court on behalf of U.S. Bank as well as an unknown mortgage trust asking for payment of pre-bankruptcy arrears; a second claim was filed by JP Morgan Chase Bank N.A. also demanding payment of arrears.

Minbatiwalla’s attorney, Manhattan bankruptcy lawyer David B. Shaev, looked on both documents with suspicion. “My client wants to pay his mortgage, but now he doesn’t know who is the rightful recipient of the money. There was nothing but a summary attached, with nothing to indicate which party was which, or to whom the monies should be paid,” Shaev said. “A string of mortgage trusts and servicers only confused the situation, and we needed to be sure that the property parties would be paid.”

Though Shaev demanding more information on the transfer of the loans and the relationships of the parties, he was met with no response. Undeterred, he demanded that the claims for payment be denied in full.

Bankruptcy Court Judge Martin Glenn, in a 26-page written opinion, found that Chase’s failure to attach documentation and respond to the Shaev’s information requests is fatal to their claims for payment. “Here it is not clear whether the claim was assigned to Chase, or whether Chase was the original party on the mortgage and the note,” Glenn wrote. “[The Debtor requested additional information from the claimant in October and has received no documents.”


View this document on Scribd