Foreclosure Law Office of David J. Stern Cash’s in On Foreclosures And Goes Global On The NASDAQ With “Chardan 2008 China Acquisition Corp” 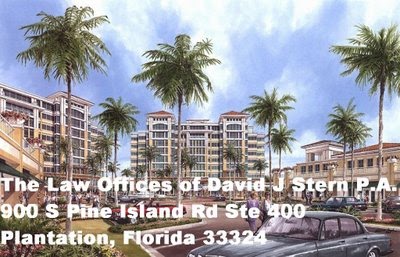 Chardan 2008 China Acquisition Corp. (CACA, CACAW, CACAU) signed a definitive agreement for a business combination with DAL Group, LLC, a provider of processing services for mortgage lenders and servicers in Florida.

At the closing of the business combination with Chardan, DAL will own 100% of the business and operations of Default Servicing, Inc. and Professional Title & Abstract Company of Florida and the non-legal operations supporting the foreclosure and other legal proceedings handled by the Law Offices of David J. Stern, P.A., collectively known as the Company.

Upon consummation of the transaction, Beijing, China-based Chardan will change its name to DJSP Enterprises, Inc. “DJSP” (David J. Stern Processing), and its stock is expected to trade on the Nasdaq under the symbols DJSP, DJSPU, and DJSPW.

Assuming no redemptions by Chardan shareholders, the current owners of the company, the “Stern Parties” will receive approximately $111 million from DAL and the right to receive another $35 million in post-closing cash. In addition, “Stern Parties” will also hold equity interests.  Kerry Propper, Chardan’s chief executive officer said, “The acquisition should generate significant value for our shareholders. David J. Stern, who will be DJSP’s CEO, has an impressive record building this business by continually strengthening the customer relationships on which it is based.

So, Mr. Stern, how does the ‘foreclosure mill” of the David J. Stern law office net $49 miilion in 2009 when you bid on and obtains”bundles” of foreclosures from Wells Fargo Bank or Deutsche Bank and process’s each foreclosure for a flat fee of $1,400 which covers the cost  of an associate attorney, processing, service of complaint, office help etc.?  I know for a fact that the cost of processing a Foreclosure Complaint has increased since 12th Judicial Circuit Chief Judge Lee Haworth stopped  Attorneys “calling in” on Foreclosure Complaints in 2009 and forced Stern Associates to actually drive from Plantation Fl to Bradenton or Sarasota to appear in person.

The companies listed as Delaware Corporattions and DJSP ENTERPRISES, INC (except DAL Group LLC) above are all Florida Foreign Corporations linked directly to the David J. Stern Law Ofice in Plantation Fl.


The David J. Stern Law Office and one of it’s process serving companies “Provest” have been sued in Conn for falsifing court documents, claiming the initial Complaint was served on the correct owner of the Florida property when in fact it never was, another case of “sewer service“.  A “John Grisham Novel” has nothing on the activities of the David J. Stern Law Offices.

ALSO SEE.. THOUSANDS OF HOMEOWNERS ARE ILLEGALLY FORECLOSED ON BY DEUTSCHE BANK, IN FLORIDA LAW OFFICE OF DAVID J. STERN LEADS THE PACK,  FBI IS INVESTIGATING ! 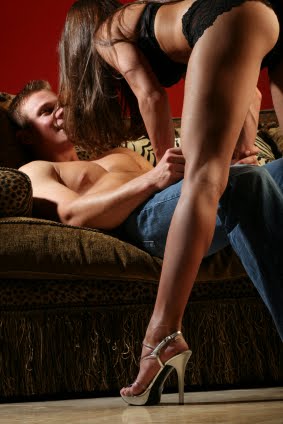 SEE.. Kelly Holsopple Was A Stripper And Prostitute in Minneapolis Now A Member Of The Florida Bar & Associate Attorney For A Foreclosure Mill In Plantation Florida Screwing Homeowners, she also has a real estate license in Florida and works for an International Real Estate company.

India Infoline News Service, Mar 20, 2010.
DAL Group completes business combination with Chardan 2008 China Acquisition Corp.  The principals of FlatWorld Capital in Hyderabad and New York and DAL Group worked over the last two years to develop a long-term strategic plan with management and entered into a letter of intent with DJSP in 2008….DJSP is David J. Stern Processing.

FlatWorld Capital LLC, a Hyderabad and New York based global private equity firm, and its affiliates announced that their affiliated subsidiary, DAL Group, LLC, has completed a business combination with Chardan 2008 China Acquisition Corp. (a British Virgin Islands based Special Purpose Acquisition Company), DJS Processing, LLC, Professional Title and Abstract Company of Florida, LLC and Default Servicing, LLC to become DJSP Enterprises, Inc…… all of these companies are run by the Law Offices of David J. Stern, P.A in Plnatation Fl, see additional information below from the Florida Division of Corporations;

The principals of FlatWorld Capital in Hyderabad and New York and DAL Group worked over the last two years to develop a long-term strategic plan with management and entered into a letter of intent with DJSP in 2008, subsequently contributed the letter of intent to DAL Group, LLC in May 2009 and consummated the transaction on January 15, 2010.

DJSP, is David J. Stern Processing, is the largest provider of processing services for the mortgage and real estate industries in Florida and one of the largest in the United States. The Company provides a wide range of processing services in connection with mortgages, mortgage defaults, title searches and abstracts, REO (bank-owned) properties, loan modifications, title insurance, loss mitigation, bankruptcy, related litigation and other services.

Raj K. Gupta, Partner of FlatWorld Capital LLC, said, “FlatWorld Capital is excited about investing in the mortgage processing and legal process outsourcing industry  (Law Offices of David J. Stern, P.A., ) where we have significant expertise. We look forward to working with all stakeholders to bring significant value add to this opportunity. We will continue to apply our team’s SPAC and global offshoring expertise to similar investment opportunities in the future.”