Did Bankster’s Crash the Stock Market to Send a Message to Congress?

Did Bankster’s Crash the Stock Market to Send a Message to Congress?

In Conspiracy Fact or Theory news we ask our readers to consider the possibility that the 1000 point crash and subsequent recovery within a 30 minute time period was not a “fat finger” mistake, but rather, a clear message to our lawmakers that someone else, and not the American people, is in charge of America. This was a $1 trillion dollar move in stock markets, do you really buy that it was an accident as reported by the mainstream?

Watch the video below to get a basic understanding of the circumstances that may have been involved. This is not a lone theory and other analysts and financial commentators have similar views, as cited below.

What was the manipulation about?

We believe that it may have been a clear message sent to our elected officials, resulting in major changes to Ron Paul’s Audit the Fed bill, essentially gutting the provisions that we require transparency and disclosure about the Federal Reserve’s global monetary policy.

Ron Paul is not too happy about the changes:

Congressman Ron Paul (TX-14) expressed disappointment that his landmark legislation to audit the Federal Reserve Bank- which passed by a wide margin in the House Financial Services committee and has over 319 House co-sponsors- was threatened by a compromise in the Senate today.

So, the new amendment pretty much eliminates transparency where we actually need it.

All of this seems to have occurred AFTER the stock markets made their largest intra-day decline in history. The timing is nothing short of amazing, and we’d suggest that the two events (stock market crash and the subsequent stripping of the bill) or very much related.

The Fed is likely engaged in the largest Ponzi scheme of all time and we’re not talking mere billions like the Bernie Madoff scheme. We’re talking about tens of trillions of dollars across the entire globe shifting hands. Any truly transparent audit bill would threaten those in power, including beneficiaries of trillion dollar swap schemes and bailouts that include massive banking institutions, as well as whole nations.

The Theory: Why Congressional officials may have been blackmailed: 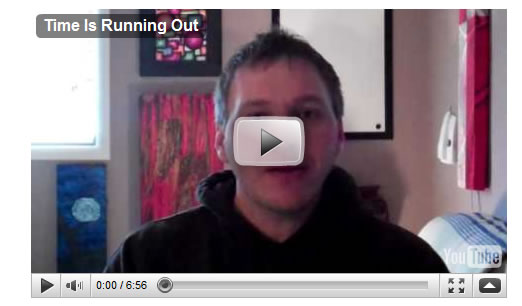 A hypothetical scenario, written by Zero Hedge contributor Cognitive Dissonance, gives us a look at what may have happened on Thursday. The names have been changed, as this is a fictional account:

John [TPTB REPRESENTATIVE]: “We were hoping you’d reconsider your position. Some of your political support is wavering and while the public might think a Fed audit is a good idea, that’s just populist poppycock and you know it. There are a lot of powerful people who’d like to see this problem go away. You might want to think twice before pissing them off.”

Howard [SENATOR WHO INTRODUCED AUDIT BILL IN SENATE]: “Cut the crap John, you’re not talking to some teary eyed freshman here. I’m fully aware of who and what I’m up against and I’m not backing down. You and your puppet masters have gone too far this time and while you might eventually gut me on this one, I’m willing to take that chance. There’s strong support in the House for Paul’s version and while things are still up in the air in the Senate, I’m certain with elections coming I can pull together a super majority to get this passed. Face it John, you’ve lost. Take that back to your people with love from me.”

John: “These are serious people we’re talking about Howard. People who’ll stop at nothing to see their interests furthered. You’ve seen some of their handy work yourself; you know what I’m talking about. Why can’t we compromise on this one? I’m sure we can find some language that will satisfy everyone with no need for blood to be shed.”

Without waiting for an answer John reaches across the desk and grabs Howard’s office phone, pulling it over to his side of the desk as he punches in a phone number. Howard notices that it’s well over 15 digits, indicating John is accessing a secure network. John looks up at the TV while waiting for the first ring and Howard, seeing John’s attention shift, does the same. It’s now 2:10 PM and the S&P is down 26. The CNBC repeaters are looking a bit frantic as well. Howard feels a cold chill run down his back. What’s going on here? He knows these people are powerful but is John about to do what Howard thinks he’s about to do?

[source: The Call – A Fictional Look at the 25 Minute Market Crash]

Did The Powers That Be temporarily crash our stock markets as a way to show what they could do if Congress moved forward with the Audit the Fed Bill and the Brown/Kaufman amendment which would have required banks to follow strict guidelines to protect America from a systemic financial crash?

No, they wouldn’t do that – they wouldn’t crash markets or threaten us with martial law and tanks in the streets if they don’t get their way.

If TPTB did manufacture this crash, does anyone believe that they won’t go ahead and bring the system down when they are finished doing whatever it is they are up to? What if the eventual goal is just that – a complete destruction of the US dollar and the United States of America as we know it today?

Whoever these people were have no problem wiping out $1 Trillion in wealth in a single day. If it was your retirement account that got wiped out, do you think they would care that everything you’ve worked for your entire life was gone?

There are conglomerates of interested parties – business, political, personal – that will stop at nothing to achieve their goals. They’ll take everything you have, everything you’ve ever earned. They’ll collapse our economic system and change our political structure, even if it means wiping out millions of lives in the process. And, if necessary they’ll send you or your children to war to do their bidding.

This is serious business. You can feel free to cover your eyes and discount this as conspiracy, but what if….?