How Ya Like Us Now! – WSJ – Foreclosure? Not So Fast

WSJ – Foreclosure? Not So Fast

LOXAHATCHEE, Fla.—Israel Machado’s foreclosure started out as a routine affair. In the summer of 2008, as the economy began to soften, Mr. Machado’s pool-cleaning business suffered and like millions of other Americans, he fell behind on his $400,000 mortgage. 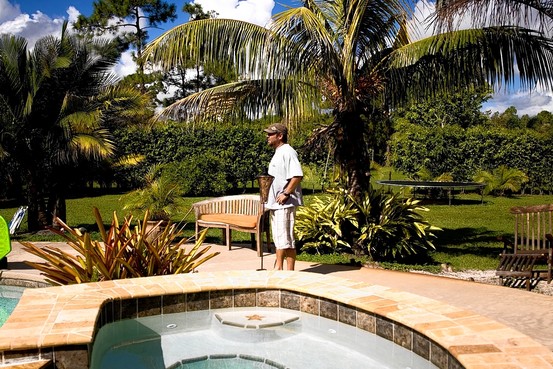 But Mr. Machado’s response was unlike most other Americans’. Instead of handing his home over to the lender, IndyMac Bank FSB, he hired Ice Legal LP in nearby Royal Palm Beach to fight the foreclosure. The law firm researched the history of Mr. Machado’s loan and found two interesting facts.

First, the affidavits IndyMac used to file the foreclosure were signed by a so-called robo-signer named Erica A. Johnson-Seck, who routinely signed 6,000 documents a week related to foreclosures and bankruptcy. That volume, the court decided, meant Ms. Johnson-Seck couldn’t possibly have thoroughly reviewed the facts of Mr. Machado’s case, as required by law.

Secondly, IndyMac (now called OneWest Bank) no longer owned the loan—a group of investors in a securitized trust managed by Deutsche Bank did. Determining that IndyMac didn’t really have standing to foreclose, a judge threw out the case and ordered IndyMac to pay Mr. Machado’s $30,000 legal bill.

Mr. Machado and his lawyer, Tom Ice, say they now want to convince the owners of the mortgage to cut Mr. Machado’s loan balance to between $150,000 and $200,000—the current selling price for comparable homes in his community near West Palm Beach. “The whole intent was to get them to come to the negotiating table, to get me in a fixed-rate mortgage that worked,” Mr. Machado said. 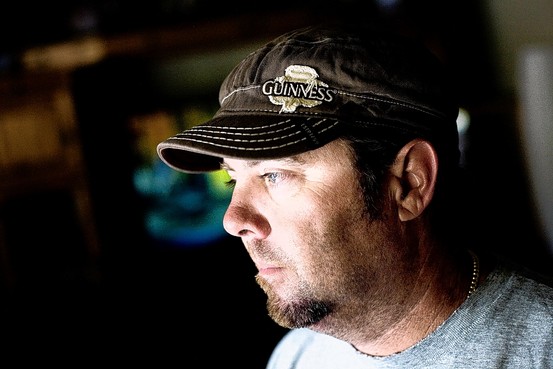 Not long ago, that seemed highly unlikely. Prodded by the Obama administration, lenders have been willing to reduce interest rates on troubled mortgages or lengthen the repayment time. moves that have reduced mortgage payments.But rarely have banks agreed to sharply reduce principal balances. Most preferred to foreclose instead.

But now that banks in Florida, Maine, Texas and elsewhere are withdrawing affidavits signed by robo-signers and dropping their cases against homeowners, some consumer activists say they have more power to keep theirsettlements that clients in their homes while negotiating for better mortgage terms.

To be sure, no one expects lenders and investors to throw in the towel and systematically write-down millions of mortgages. For the small percentage of homes occupied by owners who fight foreclosure, the documents issue “will delay the foreclosure, but won’t change the outcome,” said Jay Brinkmann, chief economist with Mortgage Bankers Association.

The banks argue that the irregularities cited by judges and consumer advocates are technicalities and that the underlying paperwork on each loan is sound. But lawyers who defend borrowers say the problems are widespread and prove that homeowners are being illegally thrown out of their homes. They promise to bring more suits against mortgage servicing companies that rubberstamp foreclosure filings. 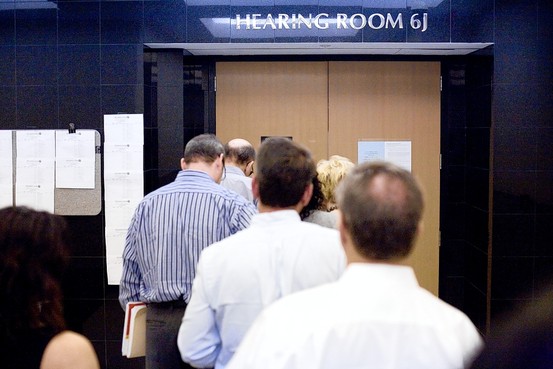 Still, in the past two weeks, GMAC Home Mortgage, Inc., a unit of Ally Financial Inc., J.P. Mortgage Chase & Co.’s home-loan unit and Bank of America Corp. have taken the unusual step of suspending tens of thousands of foreclosures in the 23 U.S. states that handle foreclosures through the court system, including New York, Florida, Illinois, New Jersey and Connecticut, pending a review of their paperwork practices. Both GMAC and Chase have employed reported robo-signers, who have admitted in sworn depositions to signing as many as 10,000 documents each month without properly reviewing and notarizing them.

In July, Florida defense attorney Gloria Einstein took a deposition from Bryan J. Bly, a document-signer for Citi Residential Mortgage, a unit of Citigroup Inc., who told a lawyer he signed between 2,000 and 5,000 mortgage documents a day, using an electronic “e-signature” stamp. A spokesman for Citigroup said the company regularly reviews its foreclosure document procedures and is not investigating its practices further.

Meanwhile, attorneys general in Illinois, Colorado, Texas, Iowa and several other states have launched inquiries into GMAC’s activities, to determine if there their activities constituted criminal fraud.

A GMAC spokeswoman responded to the investigations by reiterating an earlier position, that the errors in the paperwork are technical and did not result in any inappropriate foreclosure.

The most immediate effect of these legal battles and investigation is to prolong the foreclosure process, which could deepen the housing crisis entering its fourth year. “This growing mess in the foreclosure process just means that the day when the housing market recovers and economy returns to normal is farther away,” said Mark Zandi, chief economist at Moody’s Analytics. referring to to foreclosures like Mr. Machado’s that involve problematic documents. “It’s not a question of, ‘Will this be a weight on the housing market recovery?’ It’s a question of, ‘For how long’?”

In so-called judicial foreclosure states, a bank must file an action against a homeowner once they have missed a certain number of payments, and a judge will typically assign a date for the seizure and sale of property, unless the bank and borrower agree on a loan modification.

In Florida, which leads the nation in foreclosure filings, loans remain delinquent for an average of 573 days before going to foreclosure, according to LPS Applied Analytics, a research firm. A year ago it took 423 days, an indication that the foreclosure process is lengthening. Nationwide, the average foreclosure takes 478 days, up from 361 days a year ago. At the height of the housing boom in early 2006, the foreclosure delinquency average stood at 292 days nationwide and 305 days in Florida.

Meanwhile, Mr. Machado, 42, is trying to plan for the future, with the cloud of foreclosure hanging over his head. On a recent Monday, a pick up truck filled with pool-cleaning supplies was one of three cars in the driveway outside of his 1,800-square foot home, which sits in a grid of low-slung stucco ranch houses on large lots with palm trees and bougainvillea in the front yards.

Last weekend, he took his son, a high school senior, to visit colleges around Florida. But the Deutsche Bank trust that owns his mortgage could re-file a foreclosure action against him at any time.

“It’s like I’m in limbo, and it has been terrible,” he said in a recent interview at his home. “Everybody envisions owning your home and 20 or 25 years down the line cashing out and selling it. I’m living in this home, but is it really my home?”

Mr. Ice, who started Ice Legal four years ago, portrays his firm’s work as defending the integrity of the legal process surrounding foreclosures. Banks can’t repossess houses if they’re using sloppy, and in some cases fraudulent paperwork, or if they can’t prove that they own the loan He says his firm has between 300 and 500 similar cases pending.

Although banks and servicers may have been sloppy, Mr. Ice added, most of his clients made mistakes that led them to default on their loans.

“I’m not an innocent bystander,” said Mr. Machado. “I should have done my research.” The difference between himself and most foreclosed homeowners in Florida, he said, is that he hired a lawyer to defend his rights.

“Six or seven out of 10 people threatened with foreclosure crawl in a hole and don’t protect their rights.”

At the West Palm Beach County courthouse, the scene seems to support his case. On a recent Monday, a retired state judge named Roger B. Colton ruled on about 30 petitions for summary judgment in foreclosure cases.

Judge Colton dispatched with all the cases in about an hour and twenty minutes, setting foreclosure sale dates for each house for 120 days after the hearing. One by one, homeowners and their families took a podium in front of the judge, explained the basic facts of their foreclosure, told the judge what they hoped would happen (usually they are hoping a short sale of their property before the foreclosure goes through, or a loan modification from their bank) and received a quick explanation of the judgment from the judge: their home would be repossessed and sold by the bank in 120 days if they weren’t able to work out a deal first.

Only one defense lawyer was present; the remaining homeowners defended themselves.

Write to Robbie Whelan at robbie.whelan@wsj.com

Now if you made it this far, get over to the WSJ and get involved in the comments…