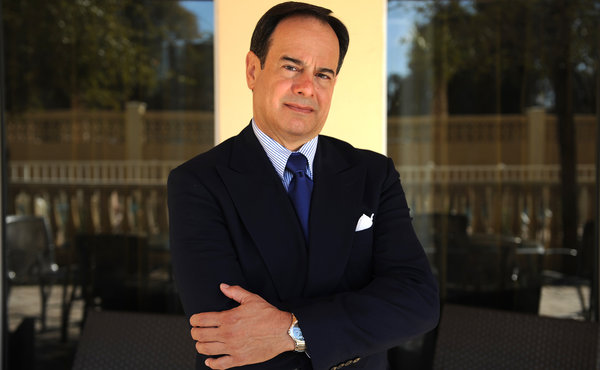 After his own experience dealing with a mortgage mess, Nye Lavalle set out to learn all he could about the mortgage industry, traveling nationwide to dig into records. In 2003, he compiled a dossier of practices at Fannie Mae. In hindsight, the problems he found look like a blueprint of today’s foreclosure crisis.

“Any attorney general, lawyer, bank director, judge, regulator or member of Congress who does not open their eyes to the abuse, ask pertinent questions and allow proper investigation and discovery,” he said, “is only assisting in the concealment of what may be the fraud of our lifetime.”

YEARS before the housing bust — before all those home loans turned sour and millions of Americans faced foreclosure — a wealthy businessman in Florida set out to blow the whistle on the mortgage game.

His name is Nye Lavalle, and he first came to attention not in finance but in sports and advertising. He turned heads in marketing circles by correctly predicting that Nascar and figure skating would draw huge followings in the 1990s.

But after losing a family home to foreclosure, under what he thought were fishy circumstances, Mr. Lavalle, founder of a consulting firm called the Sports Marketing Group, began a new life as a mortgage sleuth. In 2003, when home prices were flying high, he compiled a dossier of improprieties on one of the giants of the business, Fannie Mae.

In hindsight, what he found looks like a blueprint of today’s foreclosure crisis. Even then, Mr. Lavalle discovered, some loan-servicing companies that worked for Fannie Mae routinely filed false foreclosure documents, not unlike the fraudulent paperwork that has since made “robo-signing” a household term. Even then, he found, the nation’s electronic mortgage registry was playing fast and loose with the law — something that courts have belatedly recognized, too.

You might wonder why Mr. Lavalle didn’t speak up. But he did. For two years, he corresponded with Fannie executives and lawyers. Fannie later hired a Washington law firm to investigate his claims. In May 2006, that firm, using some of Mr. Lavalle’s research, issued a confidential, 147-page report corroborating many of his findings.

Be sure to read the rest here…

Nye will be on Citizen Warriors Radio next week.

More follow-up on this from Nye to come…

Copy of the Fannie Report below…

Confidential Report to Fannie Mae Regarding Shareholder Complaint of by Mr. Nye Lavalle

View this document on Scribd

Next post Action Alert | Send This Article to Your Attorney General NOW!