OHIO FRAUDclosure – Home is Where the Vote Is

Home is Where the Vote Is

NEWSFLASH:
President Obama – you – and Governor Romney will be competing for votes of millions of homeowners. As presidential candidates, you need to address ALL the housing issues (Underwater Mortgages, Fraudclosure, Fannie & Freddie holdings) in big swing states such as Ohio, Colorado, Nevada and Florida. Current estimates show there are between 12 – 16 million underwater homeowners, in addition to millions of fraudulent foreclosures that are NOT being counted in these totals.

OHIO:
The housing crisis has hit OHIO harder….than but a handful of states. As a result, many OHIO VOTERS are underwater on their mortgages (mortgage debt is greater than value of home) Recent housing market data shows more than a half a million (529,834) OHIO mortgages are underwater. What does that mean?

To put these numbers in perspective, the number of Underwater Voters in Ohio (1,000,258) is OVER one third of the total votes cast for the winning presidential candidate in 2008. ** 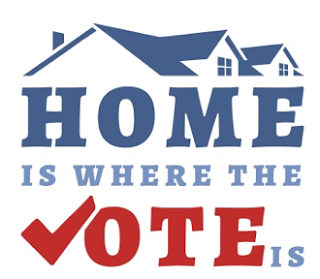 HOME IS WHERE THE VOTE IS

Washington, DC: – Today (August 22nd) – a national campaign will put the agenda of 16 million underwater homeowners squarely on the national political agenda. ‘Home is Where the Vote Is’ will engage in a 8 state campaign to influence the presidential election with on-the-ground actions led by underwater homeowners along the travel routes of both candidates. The campaign will give a voice to the underwater voter — a key voting bloc – this election cycle. Swing states included in the campaign are some of the hardest hit by the foreclosure crisis, including OH, CO, NV, FL, IA, MI.

‘Home is Where the Vote Is’ is organized by The New Bottom Line, a growing movement of community organizations, congregations, and individuals working together to challenge big bank interests and fight for principal reduction for underwater homeowners. Allies in highlighting and mobilizing underwater voters this season include Rebuild the Dream, Right to the City, Home Defenders League, Ohio FRAUDclosure and the hundreds of thousands of underwater homeowner and voting families.

Neither President Obama nor Governor Romney has proposed the bold solutions needed to address the housing crisis at the root of the American economy’s troubles. Resetting mortgages to fair market value is essential to keeping families in their homes and the recovery of the US economy and job market. Economists from both sides of the political spectrum support it.

‘Home is Where the Vote Is’ will elevate the real stories and power of underwater voters to the level that the campaigns will be forced to respond. Nationally, there are 16 million underwater homes, worth $2.8 trillion, that are $1.2 trillion underwater. Resetting those mortgages to fair market value would save the average underwater homeowner $543 per month, pumping $104 billion into the national economy every year. This would create 1.5 million jobs nationally

Our neighborhoods are being destroyed by foreclosed homes. It’s our communities that are deprived of hundreds of millions of dollars in revenue because too many homeowners have to unfairly pay the big banks instead of investing in local businesses. Entire communities are being blighted across our state and nation because of the failed policies and the on-going fraudulent practices of the big banks.

Previous post Government Uses The Age-Old Bully’s Trick: Pretending the Victim Is the Attacker… and the Bully is Merely Defending Himself