That was fast! Thanks again Amir!

Again straight out of the Foreclosure Fraud Blogosphere here, here, here, and here, to the Wall Street Journal! 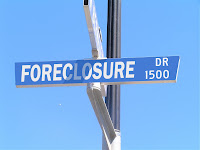 These are precarious times for lawyers in the business of filing foreclosure cases for banks. This is particularly true in one of the epicenters of the foreclosure crisis, Florida.

As we’ve noted before, the feds in Jacksonville recently started a criminal investigation of a company that is a top provider of the documentation used by banks in the foreclosure process. And a state-court judge ruled that a bank submitted a “fraudulent” document in support of its foreclosure case. That document was prepared by a local law firm.

For more Law Blog background on the foreclosure mess in our nation’s courts, this post will help.

The news today: the Florida Attorney General’s office said it has launched a civil investigation of Florida Default Law Group, based in Tampa, which is one of the largest so-called foreclosure-mill law firms in the state.

According to the AG’s website, it’s looking at whether the firm is “fabricating and/or presenting false and misleading documents in foreclosure cases.” It added: “These documents have been presented in court before judges as actual assignments of mortgages and have later been shown to be legally inadequate and/or insufficient.”

The issue: judges are increasingly running into situations in which banks are claiming ownership of properties they actually don’t own. Some of them end up chewing out the lawyers representing the banks.

The AG’s office said Florida Default Law Group appears to work closely with Lender Processing Services — the company we referenced earlier that is being investigated by the Justice Department.

LPS processes and sometimes produces documents needed by banks to prove they own the mortgages. LPS often works with local lawyers who litigate the foreclosure cases in court. Sometimes those same law firms produce documents that are required to prove ownership.

We’ve reached out to Florida Default Law Group and LPS and will let you know if we hear back.